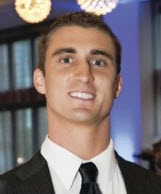 “I got into ecommerce after working the corporate world for about two years. I was pretty sick of it and I wanted an escape,” he says.

He experimented with different promotion methods, but reaching his target customers effectively proved to be difficult without spending a lot on advertising. Eventually, he began to wonder if there was a better way to drive traffic to BDancewear’s e-commerce store.

“I knew I needed to have blog articles. I tried writing a couple of articles of my own and they really sucked,” he says. “At the same time I was trying to get e-mail lists and I was sending out coupon codes for our website, and that didn’t have any kind of traction. I’d send out 1,200 emails and get zero responses.”

“I thought, what if I spotlight 50 studios in one article?” he says.“I realized if I can interview them then it solves my content issues.”

The big idea: Feature 50 dance studios in a post

He e-mailed dance studio owners and offered to interview them about the services they offer and their studio’s philosophy. Most were quite flattered. In the process, they visited BDancewear.com to see who they were and what products they offered. 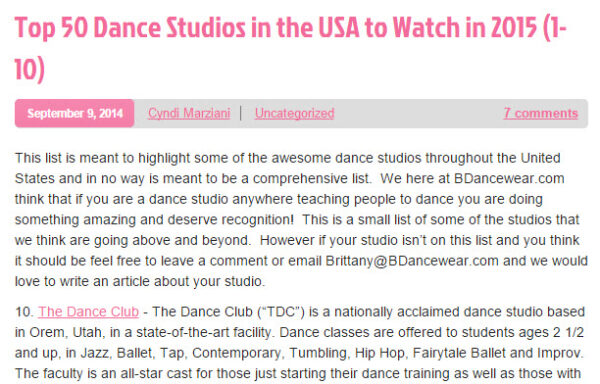 Marziani then wrote a mega blog post ranking the top 50 dance studios. From there, he linked to each dance studio’s interview post. Even the studios that didn’t respond had a placeholder page with information.

Dance studio owners have to differentiate themselves and compete for students. They are proud of their studios and want to encourage people to enroll.

Who wouldn’t be honored to be featured in a top 50 list? When their dance studio appears along with 49 others, they enjoy increased credibility. By appearing in a list created by an objective third party, you gain authority.

When Marziani featured the dance studio owners, they were naturally appreciative of the extra exposure. They shared the post featuring the rankings on social media with parents and students in their studio, and the parents shared it with others in their network. Everyone involved developed a positive feeling toward BDancewear.

He says that while he didn’t invent the idea of creating blog content from interviews, his approach is systematic. “You see this technique everywhere, but I don’t know how many people consciously use it,” he says.

“50,000 people came to our blog. We still get about 100 people per day from organic traffic. We’re still number one for ‘top dance studio,’ ‘best dance studio’ – all these variations, so that’s the big thing,” he says. “I can’t tell you exactly how many people saw that article and then went on to buy something, but it’s definitely a brand awareness thing, so that helps.”

Marziani says the traffic from this method doesn’t perform quite as well as traffic from paid sources such as Google AdWords pay-per-click advertising or Facebook Ads because it’s not quite as targeted. 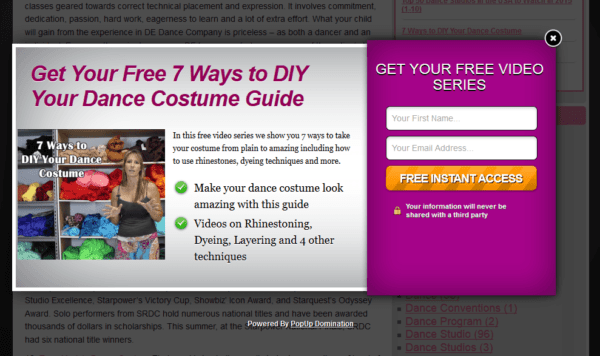 While not all visitors were ready to buy on their first visit, Marziani captured email addresses from casual browsers by offering a free video series using an opt-in e-mail form at the top of the page and with a pop-up created with the popular WordPress plugin PopUp Domination.

Marziani says to understand why it works so well, you should imagine what you would do if you were interviewed. You’d tell all your friends about it.

When he features a dance studio, the owner tells all of her students about it. Now, not only is the dance studio owner coming back to read the article he’s written about them, but all her dance students and dance moms are coming to look around his website, too.

“I think this concept works so well because you’re giving something to someone else. It’s not just about what you can get out of this,” he says. “What does my customer want? What is the thing I can do for them? Hopefully, in return, they’ll share their article. I’m not even asking them to share our website.” 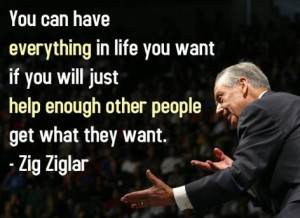 Marziani calls his technique “Spotlight Marketing” because it puts the focus on the customer, not on his store. He says that it’s based on a quote he read from the late sales trainer Zig Ziglar who said, “You can have everything in life you want, if you will just help enough other people get what they want.”

Essentially, the idea is to highlight your customers: Figure out what they want – in this case, publicity for their dance studio – and if you help them out, they’ll be happy to help you as well.

The concept works because of a natural human psychological desire for fairness. If someone does something for us, we naturally want to do something for them in return. This concept is called reciprocity.

In How to Win Friend’s and Influence People, Dale Carnegie wrote that people love talking about their favorite subject – themselves! “Talk to someone about themselves,” he wrote, “and they’ll listen for hours.” Marziani’s interviews give the dance studio owners a platform to do just that!

Marziani says he isn’t going to stop with his wildly successful “top 50” posts. He says that there are almost unlimited variations on how you could use this idea.

Recently he’s has been branching out into interviewing other people including professional dancers and the directors of high school and college dance teams.

“The biggest lesson I learned is seeing what you can do for other people, seeing what they actually want and trying to frame it as no strings attached,” he says. “You want to make sure you’re not coming off ‘salesy.’ Nobody wants to be sold to.”

Marziani thinks styling the post as an article rather than a cut-and-paste question and answer format is most valuable.

“I like it better written as an article than a transcript because I’m trying to impress the dance studios. I’m trying to make them feel special. If I just do a question and answer thing, they don’t feel special,” he says. “I’ve had a lot of people comment, ‘that’s extremely amazing. Thank you for taking the time to do that.’”

While Marziani used multiple posts, the format is also something you can adjust to your needs.

“I broke it up into five separate posts to get more page views. I did it as an experiment. If I were to do it again, I’d probably split it up into two. I’d do one for the top 25, and one for the bottom 25,” he says. “I would not do a monster list of fifty, personally, because I think it’s too long. I don’t think it’s personal enough.”

He also chose to use the year in the post to make it seem more timely and relevant.

Marziani thinks it’s important to have a larger list instead of trying smaller “top 5” or “top 10” lists.

“Part of the reason why I think the ‘top 50’ blew up so much is that there were a lot of studios. So if five of them really were excited to be on the list, they spread the word,” he says. “With ‘top 10,’ if only one of the studios really care, then it’s not going to go viral.”

While search engine ranking is a focus of this technique, you should also work to promote it with social media.

“We didn’t even do any social media marketing for this. All we did was e-mail the dance studios. I kind of screwed up, to be honest with you,” he says. “If I could go back in time, I would have pushed this more on social media.”

Travis was recently a guest on The Side Hustle Show with Nick Loper (Episode 116: Getting Started in Ecommerce). He talked more about this technique in that episode. He also has more about it on his website.