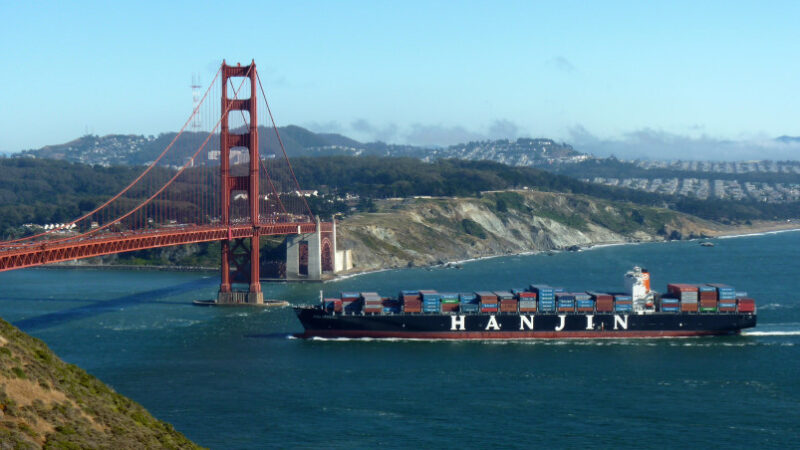 A profitable online business that’s growing in popularity is importing custom manufactured products from China and selling them through the Fulfillment by Amazon (FBA) program.

One big advantage of sourcing your own product from China is the ability to be unique. While the competition is selling the same products as everyone else, importing a one-of-a-kind niche product from China can mean you’re the only supplier. If that product is in high demand, being the sole supplier can be a very profitable position.

The gurus hawking FBA as the ultimate risk-free path to riches make it sound easy to turn all your ideas into successful products. One post I read advised to take your idea and head straight to Alibaba.com, a site where Chinese manufacturers and middlemen advertise the products they’re capable of producing. The post encouraged you to have them custom manufacture and ship 1,000 units of the product to Amazon’s warehouse and, from there, sell them on Amazon at fantastic margins. The perfect online business, they say! Until one of your products burns someone’s house down or a child gets hurt.

Like building any real business, you’re not exempt from using common sense when importing from China for Amazon FBA. Importing private label goods from China comes with its own pitfalls. Products imported from China account for more than 60% of product safety recalls. If your product injures someone, you’re responsible. The buck stops with you.

While an attorney representing someone injured by your product may attempt to go after Amazon’s deep pockets as the retailer, your role as the manufacturer won’t go unnoticed. Plus, there are a myriad of product safety regulations and labeling requirements that you must comply with. Even if a lawsuit against you is completely without merit, you’re still going to have to hire an attorney to answer the civil complaint — we’re talking at least a couple thousand dollars and that’s if they can get the case dismissed (or settled) quickly.

While a Chinese manufacturer may produce (or be willing to create) a product that meets your exact specifications, there’s no guarantee that the product meets U.S. regulatory requirements. To make matters worse, unless you have official documentation, the presence of official-looking regulatory symbols and certifications on the product indicating compliance are worth about as much as the ink used to print them.

A retailer reselling products has responsibility for the products it sells, but often retailers will attempt to pass much of the liability onto the shoulders of the manufacturer. This is made more difficult when dealing with a foreign manufacturer. Unfortunately, U.S. courts have very little reach in terms of assigning liability to Chinese companies without a domestic presence. 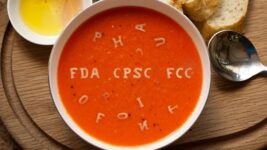 When selecting a Chinese manufacturer, it is essential to choose one that will produce your product so that it meets U.S. regulatory requirements. Some government agencies that regulate products include the Food and Drug Administration (FDA), Federal Communications Commission (FCC), and the Consumer Product Safety Commission (CPSC). Depending on your industry, however, one or more of a dozen federal agencies could require you to meet certain standards.

A huge mistake sellers make when importing products from China is to assume that the manufacturer knows the regulations you have to comply with. They are experts in manufacturing, not necessarily in regulatory compliance. It’s always your responsibility as the importer, wholesaler and retailer to make sure your products are in compliance.

Consumer product safety is regulated by the Consumer Product Safety Commission (CPSC) in the United States. You should know that the CPSC considers importers of goods from China to be manufacturers under their rules. This means that these rules apply to you, the Amazon FBA business owner, when you are reselling imported Chinese goods.

For example, if you’re producing a cookware product that comes in contact with food, the FDA requires that you use coatings that conform with their regulations. You must meet certain criteria in order to have your product be “FDA-compliant.” As an importer and reseller, you’re responsible for your products meeting all applicable requirements.

If the product you import is intended for children 12 years of age or younger, there are even more extensive requirements. If your product is classified as a “children’s product,” you are required to submit it for third-party testing and certification from a CPSC-accepted laboratory. Your product is also required to have a tracking label and you may be required to attach a postage-paid customer registration card in order to track sales in case of a product recall. 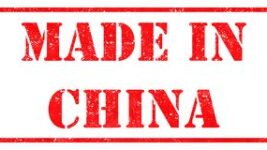 Some other examples of labeling requirements include country of origin labeling (for example, “Made in China”), labels indicating regulatory compliance or certification (FCC ID, CE, or UL-listed), and warning labels such as age restrictions (“Not recommended for children under 3”) or warnings about choking hazards and loose parts. Again, the appearance of a regulatory symbol on a product means only that the manufacturer knows how to print a logo on a product – always verify that products are actually certified.

Obviously it’s not all doom and gloom. There are steps you can take to reduce your risks.

The first step in protecting your FBA business is to make sure you’re working with your attorney to structure your business in a way that protects your personal assets, both from general liability and products liability claims. That means doing more than using an online legal service to set up an LLC. Even a corporate entity such as an LLC or S-Corp, for example, won’t always prevent someone from suing you and taking your house (see piercing the corporate veil). Having an attorney look specifically at your situation is vital.

You also need to have insurance for your Amazon FBA business. Even though Amazon only requires insurance for sellers reaching certain sales thresholds, you should consult your insurance agent early in the process. At the time of this writing, Amazon requires sellers reaching certain sales volumes to obtain commercial general liability (CGL) insurance of up to $1,000,000 per occurrence. Amazon also requires that you use specific wording on your policy listing them as additional insureds under your policy.

Ted Devine, CEO of online small business insurance company Insureon, says that the biggest liability for those importing products or having products manufactured is product liability. “Even if the products being made are not under the retailer’s own label or are not being actually manufactured by the retailer, that business will still be the liable party in the event of a customer lawsuit,” he says.

In some cases, product liability coverage may not be available at all or might be prohibitively expensive. “To give you an example,” he says, “we’ve seen a trend recently of e-cigarette manufacturers and retailers that admitted markets aren’t willing to insure. This means that e-cigarette businesses often have to turn to specialty carriers, which tend to be more expensive. Depending on the contractual obligations an e-cigarette retailer has (e.g., to Amazon or eBay), it may cost in the ballpark of $6,000 to $10,000 per year to get a general liability policy that includes product liability coverage.”

Devine says that hefty premiums aren’t limited to just one industry. He says harder to insure businesses include those that manufacture or import medical devices, children’s wear, and personal care items (perfume, makeup, lotion), to name a few. For these businesses, he says, you could easily see policy prices in the same range as e-cigarettes.

Other types of insurance insurance coverage that may be included in some policies or available separately for small businesses importing from China include business income (or business interruption) insurance, product recall coverage, manufacturing errors and omissions, and coverage for loss of ocean cargo. When they review your business activities, your insurance agent will be able to advise you exactly which type you’ll need.

In addition to protecting yourself by having a corporate business entity and liability insurance, here are some ways to avoid importing dangerous or defective products from the start:

While the Internet has made it easy to import your own product from China and sell it on Amazon, it’s important to step back and evaluate both the risks and rewards. Don’t fall for all the hype. Importing products from China is a complicated business and while some people make it look easy, failing to plan can cause you enormous headaches and financial loss.

By the same token, Amazon FBA can be enormously profitable. Following the steps I’ve outlined above will add additional expenses to your startup costs, but taking the time and effort to perform product due diligence and structure your business correctly will help ensure a sustainable, long-term FBA business with less potential headaches down the road.